Life lessons from the Jade-Faced Tiger 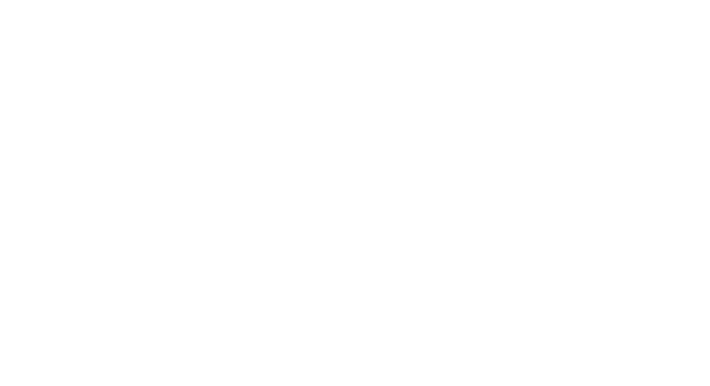 The name of Samart Payakaroon is not well known outside of martial arts circles, but within them, his is a name that inspires hushed awe and deepest respect. That is because he is considered to be perhaps the greatest nak muay – practitioner of the Art of (Breaking a Man’s Body, Will, and Soul with) Eight Limbs – of all time.

This is not necessarily because of his record, standing at 129-19-2. Other modern fighters, including the legendary and terrifying Buakaw Banchamek, have much more extensive and impressive records. The Buakawminator himself has won 239 fights. Sagat Petchyindee, who had 450 fights in his career and was the real-life inspiration for the character of Sagat in the Street Fighter video game series, won 266 professional kickboxing matches. The highly respected and long-reigning undefeated Lumpinee stadium champion Namsaknoi won 280 fights in his career. Saenchai has won 300 kickboxing fights, and he’s still going.

No, the reason why Samart is regarded as the greatest nak muay of all time is because of his extraordinarily fluid, intelligent, well-timed, elegant, and devastating fighting style.

Watch this video to understand how Samart out-thought his opponents even as he outfought them:

Samart wasn’t – isn’t – the greatest because of pure athleticism. He was and remains the best because of his iron will, his discipline, and above all his understanding of the fundamentals of striking.

All of us can stand to learn a lot from Samart. Here is his philosophy, in his own words:

The philosophy is very straightforward. it is profound. It is powerful. And applying it will create within you a disciplined mind and a body forged in the crucible of combat.

If there are three major points to take away from Samart Payakaroon’s approach to fighting, they are as follows:

Among the many martial arts sayings attributed to Bruce Lee is one that my own martial arts teacher, and many other greats like him, have taken to heart. That saying is:

This lesson cannot be repeated often enough. My own teacher told me and other students the same thing more times than I can count. I can still hear my teacher’s voice in my head, telling me about how the world’s top martial artists will always start their training sessions by throwing only the basic strikes – jab, cross, hook, uppercut, straight kick, roundhouse kick, and maybe side kick. And that’s it.

They don’t start with those crazy spinning hurricane kicks and jumping spinning back kicks. Those are for specific situations and applications. They start with the very basic ideas – stance, footwork, positioning, and striking.

The same lesson applies in all walks of life. You may well want to jump straight in and get to the advanced material as fast as possible in whatever discipline you are involved with right now. But this is wrong. Calm yourself. Have patience. Study the basics, of anything, with absolute intensity and focus.

This is difficult, tedious, and boring. But mastering the fundamentals makes everything else practically trivial by comparison.

In Renzo Gracie’s BJJ academy in New York, there is a sign somewhere in the training hall that says, “A black belt is just a white belt who wouldn’t quit”. And that is absolutely true. A black belt has achieved such mastery over the fundamentals that he simply knows exactly when and how and where to apply them.

2. Do Everything With Integrity

Listen to Samart talking about the influence of gamblers in the art of muay thai today. There is great sadness in his voice and eyes when he says this. He points out that in 5-10 years, native Thais will be outclassed by foreigners – in their own martial art. They will not be able to keep up, because they are more interested in worrying about what gamblers are betting on instead of fighting.

This is a very sorry state of affairs. It means that a great and noble art has been corrupted by money and greed. Muay thai is one of the very few competitive striking arts that I genuinely respect, because its techniques are ferociously powerful and extremely effective in unarmed combat. I try to train myself in its application as and when I can for this exact reason.

And now it is dying out because people refuse to behave with integrity.

The lesson for you is clear. Behave with integrity and stand apart from those who seek to gain quick and cheap money and power.

Yes, you will live a poorer life for it. You will be abused and mocked and derided. And your life will be very hard – at least for a while. But sooner or later, things will turn around for you.

Consider the examples of Namsaknoi and Buakaw Banchamek. Both used to fight for the Por Pramuk training camp in Thailand. But the managers of that camp stole their earnings and refused to treat them with respect.

Think about what that means. Namsaknoi was perhaps the greatest champion that the Lumpinee Stadium has ever seen. He reigned as the undefeated champion for six years and had a 95% winning record in his career. (That doesn’t mean that he never lost. He did, but he always defended his belt in the end. I’m not sure how – I don’t know the Lumpinee championship rules.)

Buakaw practically singlehandedly saved the sport of muay thai by bringing in huge amounts of foreign interest and money into the sport, thanks to his legendary victories in K-1 and elsewhere. Yet their management team treated him and his camp senior like absolute dirt.

Both fighters had to leave the Por Pramuk camp and return to their home villages, practically destitute, because everything they had was left behind in that camp. But Lady Fortuna smiled upon these men, in their own ways.

Namsaknoi became a fight trainer for the successful Evolve MMA camp in Singapore before returning to Thailand to setup his own successful training camp and gym. And Buakaw is universally revered and loved throughout Thailand. He has his own gym in Surin, travels the world, and lives his own life. NO MAN owns him.

Behave with integrity, and success will find you, one way or another. And that leads us to our third lesson of the day:

Look at what Samart says about the respect that foreign fighters give to him, compared with the way that his own people treat him. The difference is night and day. Muay thai is hugely respected outside of Thailand precisely because of men like Samart, Buakaw, and Saenchai, who have exported this highly effective and lethal fighting style to other countries. They are successful in doing so because they themselves behave with respect toward others.

In the movie 300 – one of my favourite films of all time – there is a scene in which King Leonidas is training with his young son. He ends that lesson when he is interrupted by news of a Persian delegation. During that lesson, he tells his son:

“Give respect and honour to the man beside you, and it will be returned”.

That is the essence of success in all fields. Respect your opponents and allies. Understand their strengths and their weaknesses. Know them better than they know themselves. Treat them with honour, and if they are honourable themselves, all will be well – even if you are busily engaged in rearranging each other’s faces.

But… if you meet an opponent who gives neither respect nor honour… then all bets are off. Smash him, destroy him, and spit on his prostrate figure when you are done. You gave him his chance, and he blew it.

Too many men make the mistake of behaving honourably toward a defeated, dishonourable enemy. They very often live to regret such magnanimity. A defeated enemy who does not recognise his loss is still extremely dangerous.

If he repents afterwards, then that’s a whole different story. But he must always be given that chance.

That is the essence of honourable conduct and of the warrior ethos. And those who have sense enough to stick to that ethos will usually prosper.

In this respect, by the way, Samart’s example is also instructive. He diverted himself away from boxing and kickboxing to engage in music and acting. But these things did not play to his strengths. They provided illusory fame, but required him to compromise his integrity and give up his true calling. Inevitably, he walked away from those things.

As he himself says, muay thai gave him everything. He views it as his life’s mission to give back to the next generation and pass on what he has learned. This, too, is the essence of honour. Do not forget this lesson – for, if you have been given much by devoting yourself to something, then it is right and just to expect you to pass that knowledge on.

The Forge of Will

Ultimately, these lessons are just words – unless you apply them. But once you do apply them, you will see an almost immediate difference.

Focus on the basics, in all things – in your work, your relationships, your finances, your walk with Christ. Strip away all of the fancy stuff and just get back to what matters.

Act and behave with unimpeachable integrity. As it is written in the Scriptures: “[l]et your yes be yes, and your no be no. For whatever is more than these is from the evil one”. (I like the NKJV translation of that particular verse better than my go-to ESV simply because of the poetry involved.)

And finally, treat all whom you deal with respectfully and honourably, for as long as they deserve it. Once they cease to deserve it, then deal with them without mercy or remorse as you would any enemy.

Fundamentals, integrity, respect, and honour – these are the life lessons taught to all of us by the greatest nak muay in history. Do not forget them. Do not ignore them.