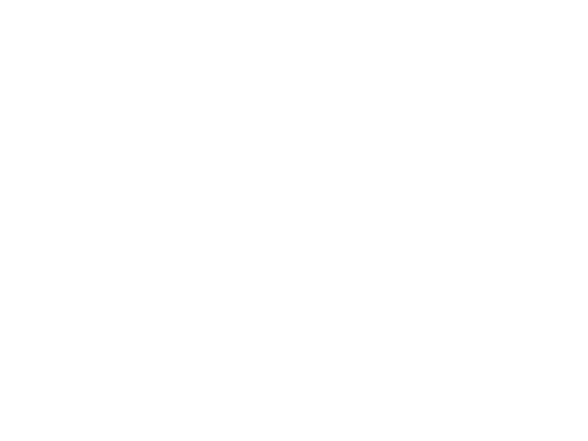 Our good friend Dawn Pine sent over, via Cappy, an unintentionally hilarious article dating back to 2013 about a woman who tried to create a feminist programming language. See if you can read through this alphabet soup and comprehend the first thing that the soulless ginger in question is talking about:

In the scope of my research, a feminist programming language is to be built around a non-normative paradigm that represents alternative ways of abstracting. The intent is to encourage and allow new ways of thinking about problems such that we can code using a feminist ideology.

To succinctly sum up my research thus far I will outline the decomposition of my question below:

I am currently exploring feminist critiques of logic in hopes of outlining a working framework for the creation of a feminist programming language.

Does anyone spot the problem here?

Yep. Exactly. The words “feminism” and “logic” are antonyms. You cannot put them in the same sentence without creating an oxymoron, an actual and literal contradiction in terms.

Dawn Pine, being of an inquisitive mind, followed up on her website. Apparently her work has been radically unsuccessful. She is now working on “racial chatbots”. No, we are not making this shit up.

That is not to say that no one has ever tried to make a feminist programming language. Indeed, apparently this Arielle Schlesinger did actually manage to make something of an impression – though not, it must be said, quite in the way that she might have wanted.

(When your exploits land you squarely in the sights of the trolls and weaponised autists of 4chan, you have either succeeded BIGLY – or failed HORRIBLY.)

One of the most viewed posts EVER over on the old Blogger site, Didact’s Reach, was something that I wrote nearly 7 years ago (!!!!!) about a language called “C+=”, which is pronounced “See-Plus-Equality”.

You can still find this old gag kicking around on teh innarwebz. See if you can understand the basic construction of the language itself:

You don’t have to have a background in programming – which I don’t, by the way, I’m a mathematician by training but I happen to have picked up the ability to code in 6 or so different programming languages – to understand that the code examples given in the GitHub page are hilariously awesome. They are also extremely satirical.

This, again, is what happens when you get weaponised autists all riled up by your stupidity. They simply attack you like a school of piranhas trying to turn a cow into a skeleton. And you end up looking very bad indeed.

In fact, at least one feminist got quite annoyed by 4chan mocking the stupidity of her ilk, and decided to double down. And that went… about as well as you might expect:

On Wednesday, I turned in a final paper titled “Addressing the gender gap in free and open source software.” This was the culmination of a semester of research into what discourages women from contributing to software, both free and proprietary, and how the software communities exacerbate the issue. In my research, I learned that only 28% of people in technical roles for proprietary software firms are women. I learned that 1.5% of contributors to free and open source software are women.1 I read about women who join software communities and instantly receive sexist and sexual messages from other contributors, and about the subtle and often subconscious ways that the tech industry and projects can discourage women from contributing. I researched the PyCon “dongles” incident and Justine Arreche’s sexual assault. I saw these women trying to stand up against sexism and sexual assault, but get inundated with hateful responses. Some of these responses were death and rape threats; more prevalent were peope telling them they needed to “lighten up”, to “take a joke”. They were informed that they were just “overreacting”. Women, myself included, who speak up about issues like sexism, harassment, and even assault in technical spaces receive this reaction constantly.

Take a look at the comments section of that blog post. It’s brutal. Even her own readers thought she was being a colossal idiot – which she was.

Let’s just put it as bluntly as possible:

Feminism is not about making women equal. If that were true, then women would gratefully accept the same responsibilities that men have, in exchange for the same authority that we have. But they don’t. They want life on Easy mode – all of the fun, none of the work. And make no mistake, being a man is very hard work in this day and age.

If you are a male programmer, your code had better be up to scratch. Given the sheer number of applications and systems in the modern world that depend on well-programmed, “non-smelly” code that actually works as advertised, and isn’t full of nonsense and bad comments and impossible-to-debug runtime errors and so on, a simple mistake can result in bridges collapsing, airliners smashing into each other, and satellites smashing into their target planets at very high velocities due to simple arithmetic conversion errors.

Female programmers, however, are often given a serious hand up. I’ve seen it personally. If their code fails, they can always go crying to a male programmer and get him to fix it for them. Male programmers tend to be suckers for this ploy because most of them (us, rather) are socially inept geeks who can perform miracles with bits and bytes, but wouldn’t know how to ask a girl to a dance if someone held a gun to our heads and told us to do it.

(There ARE, to be clear, some genuinely brilliant female programmers. Go lookup the woman behind the code for the Apollo 11 moon-landing mission. Margaret Hamilton‘s work, and that of her team, clicked with that of the operating system designer so well that even when the lander was overloaded with inputs and a potentially lethal crash situation developed, the software was capable of prioritising the landing tasks that actually mattered.)

So when a feminist comes along claiming that she can create a programming language that runs on gynocentric principles… all one has to do is ask: “Can it compute 2 + 2?”

A feminist programming language will have no choice but to tie itself into knots trying to deny this basic reality. You see, a true feminist programming language cannot return 4, because there are no such things as constants. But to do so requires defining “2” and “2” as fluid variables, which requires writing a lot of very weird code which wouldn’t compile, and wouldn’t run, and therefore wouldn’t work.

Which, of course, is a perfect metaphor for feminism.

This is an ideology that tries to redefine all that is Good, Beautiful, and especially True. And in so doing, it utterly fails to make any sense.

That is as true today as it was 7 years ago when this Arielle Schlesinger tried to come up with a “feminist” programming paradigm. Programming, like mathematics, isn’t male or female – it simply IS. And when you try to turn what IS, into what SHOULD BE, sooner or later you will run into serious problems.