If you’re going to do unto others…

According to the Wall Street Journal, Red Bull North American chief executive Stefan Kozak and North American president and chief of marketing Amy Taylor were both terminated from their positions after they attempted to force the company to support BLM by subversively creating racial tension within the company.

Kozak and Taylor were reportedly trying to push the idea of systemic racism within the company in order to force in diversity hires. The internal tension reached a boiling point after 300 Red Bull employees signed a June 1 letter protesting its “public silence” in regards to BLM. This internal letter was somehow leaked to the public but Red Bull’s Austrian leadership knew where the real problem was and began to cut cancer out of the company with its firing of Kozak and Taylor.

To boot, an offensive slide that depicted how “ignorant Americans” view the world was also leaked to the press and the one responsible for that, Florian Klaass, Red Bull’s head of global culture marketing, was also fired.

Just to make sure the message got across, Red Bull discontinued its cultural marketing programs as well.

Red Bull made it clear that when it comes to racism, they reject it in every form. “Every form” means that they won’t hire based on skin color as well.

“We reject racism in every form, we always have, and we always will,” said Red Bull’s board. “Red Bull has always put people and their dreams and accomplishments at its core and values the contribution of each and every person – no matter who they are. We want everyone who feels this way to be welcome in Red Bull.”


That story has been making headlines across the Manosphere, the cuckservative media, and the Hard Right for the last couple of days, and with good reason. This is a rare, and welcome, example of a company standing up for itself and its customers against the woke idiots that infest its ranks and want to invalidate the primary reason for the company’s existence.

Let no one be under any illusions. The point of a corporation’s existence is PROFIT. Period damned dot. That’s it. Any company that subordinates its profit motive for the sake of virtue-signalling or fashionable causes, thoroughly deserves to lose market share and customer loyalty.

Now, there are plenty of reasons for companies to behave ethically and to keep the interests of their customers at heart. Maintaining a good public image is simply good business, and translates into real goodwill and tangible profit. Anyone who doubts this can look at the way that Johnson & Johnson responded to the Tylenol Crisis of 1982 under Jim Burke’s leadership. J&J’s swift response, which basically threw immediate profit out the window in the name of customer safety, paid off immensely in brand value and recognition for decades afterwards.

It is also worth pointing out that this is the very same J&J that systematically threw away that exact same goodwill through years of product recalls, lawsuits, and settlements related to medical devices and pharmaceuticals throughout the 2000s and 2010s under the leadership of Bill Weldon. Brand value doesn’t last forever. It has to be cultivated.

There is a big difference between sensible and careful corporate social responsibility, and woke virtue-signalling bullshit. Red Bull was in danger of getting buried under the latter. It is very much to the good that Dietrich Mateschitz, the Austrian CEO of Red Bull, appears to be a virile and well-tanned elder Chad who supports His Most Illustrious, Noble, August, Benevolent, and Legendary Celestial Majesty, the God-Emperor of Mankind, Donaldus Triumphus Magnus Astra, the First of His Name, the Lion of Midnight, may the Lord bless him and preserve him.

In case you’re wondering what the “offensive” slide that kicked off this whole fracas looks like, it’s basically a big joke that has been floating around teh innarwebz for years. I’m pretty sure I’ve used it in at least one post in the past: 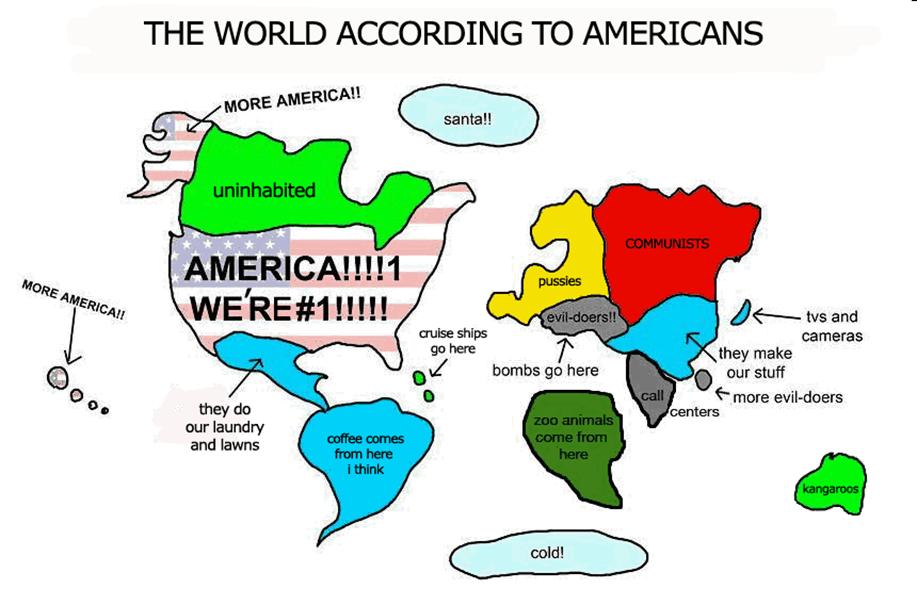 I mean, you can’t really argue with that. Here’s an even better version of the same thing: 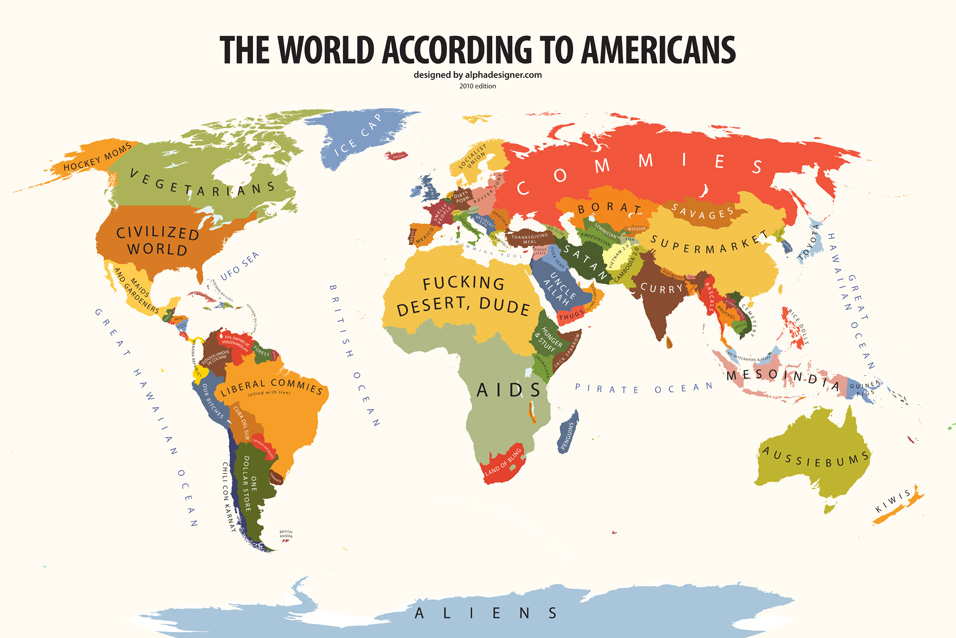 If you are a man and you are offended by this, may I recommend testosterone boosters, because you are probably a vegetarian or a woman.

Now let’s turn to the people involved in this mess. Here are the two executives who got shitcanned for their woke stupidity:

Right, so we have a soyboy and a Karen.

And just for good measure, let’s look at the Chad who runs Red Bull:

Yep. He’s awesome and he knows it. And he handled his company’s internal dissension LIKE A BOSS.

No post about dealing quickly and effectively with social justice stupidity is complete without giving credit where it is bloody well due to our beloved and dreaded Supreme Dark Lord (PBUH) Vox Day, who came up with the entire concept of Corporate Cancer. He even wrote a book about it, a damned good one that deserves to be read by every single CEO and non-HR manager out there.

In characteristic Dark Lord fashion, of course, Voxemort the Malevolent doesn’t particularly care about getting the credit for his work, as long as the ideas themselves get out there and take root. And based on the evidence, the woke brigades are quickly wearing out their welcome, though you wouldn’t know it from looking at the headlines.

The lesson for corporations around the world is absolutely clear and unmistakable. You MUST purge every corner of your company and fumigate these idiots from within it. When you are interviewing people for a job, the merest hint of a Soyboy or a Karen must be met with an iron fist. When you have people in your company who express sympathies with the Black Looming Menace or any other Current Year Wokistani ideals, they must be fired ON THE SPOT, pour encourager les autres, n’est-ce pas?

You CANNOT allow this corporate cancer to take hold. If it does, and especially if it starts within the HR department, it will eventually metastasise to the point where it will bring any company to its knees.

Just think what would happen if the Red Bull precedent were applied universally. Let’s run through a few possible examples.

The Ford employees complaining that the company makes cars for the police would be told in no uncertain terms to take a hike, and not exactly coincidentally, the quality and design of Ford cars might just improve as a result.

The morons at The Wall Street Journal who signed a letter demanding that the WSJ’s publisher rein in the editorial board – which, for better or worse, is one of the VERY few cuckservative outlets in the never-to-be-sufficiently-cursed (((media))) these days, and is pretty much the ONLY editorial section in the country that actually gives people a compelling reason to buy the parent paper – would be told to get lost if they don’t like the place where they work. Given the transparently obvious Leftist cant of the entire “journalistic” staff of the WSJ, that would be a very good thing. It’s been known for years that the whorenalists within the WSJ really hate the op-ed staff and consider them to be LITERALLY HITLER!!! – well, time to put up or shut up, really.

All of the endless virtue-signalling and corporate devolution happening within the West’s biggest and most important companies would be neutralised in an instant, if only managers would simply tell people to keep their politics at home where it belongs.

That is the right and just course of action, and it applies to both sides of the political aisle. I know from personal experience about this. About 9 years back, in my second real corporate job, I was told in no uncertain terms by my boss at the time to knock off the “enjoy the decline!” emails that I would send around to my team. It wasn’t professional and it wasn’t good behaviour, and my boss was absolutely right to tell me to knock it off. I did, and I mostly kept my politics private for the rest of my corporate career.

That’s how it should be. But the rules have to be applied to the Left, hard, which they haven’t been for decades. It’s nice to see that change, if only very slowly and in a very limited number of cases.

Learn from Red Bull’s actions. Do unto others within your own companies, HARD, and act fast to excise the corporate cancer wherever it resides.

← Didactic Mind, Ep 38: Return to Tribe There goes the Mandate of Heaven →