With gratitude and faith 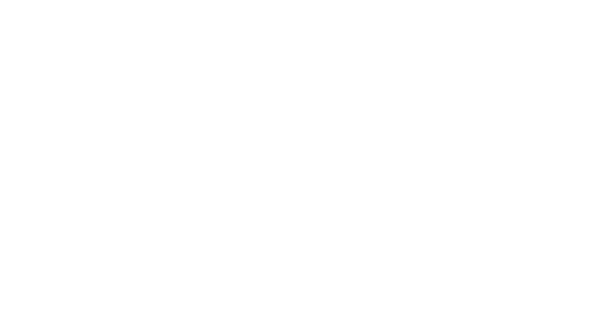 Today is Turkey Day over in the USA, which is where the bulk of my readership comes from. Now, this day is a bit “odd” from a global perspective. Other cultures have similar festivals and traditions, but at very different times during the year, and for very different reasons.

If you talk to Russians, they don’t have anything particularly similar – their equivalent of this holiday falls during Holy Week, more or less. Indians of the multitudinous Hindu denominations have their big pujas toward the end of their “autumn” – which in reality is just a switch from their usual hot, horrid, miserable weather to something that is slightly less so. (Different seasons in India are like different grades of burns – all that changes is the degree of awfulness.) Muslim cultures celebrate at the end of their pagan-derived (yes, really) month-long Ramadan fast.

But these are all religious festivals that generally show gratitude through works. Thanksgiving is rather unique in this respect, at least these days – as far as I’m aware, similar festivals once existed back in Ye Merrie Olde Englande once upon a time. (Today, of course, PommieBastardLande is woke, broke, and on the toke, so the less said about them, the better.)

And I can tell you from personal experience in many different cultures that just about none of those other places has a tradition in which families and friends sit down together at a table and offer up their thanks for what is good and green in their lives.

This is a uniquely American tradition – and before the Canucks explode into righteous (if overly polite) indignation, let’s not forget that y’all have been importing so many damned Dirt Worlders into your country that you ain’t actually Canadian anymore, and haven’t been for some time. America, on the other hand, is fracturing into various constituent nations at a rapid pace, and at least one of those nations is in fact still very much American – which is to say, White, polite, and armed to the teeth. (Also quite fat and addicted to corn syrup, but that’s a different problem.)

This is now the third Thanksgiving that I will acknowledge outside of the USA since I was forced to leave back in 2018. I don’t imagine that I’ll ever go back long-term, which is a reality that I acknowledge with great sadness. But my personal travails have nothing to do with the day. We should make this all about rejoicing.

We’ll get to that in a moment, for sure. But we must acknowledge that this year has been brutally hard on all of us. There’s no point sugar-coating anything that happened.

When the Chinese locked down internally but continued to let their people fly to foreign countries, that was tantamount to an open act of war. They spread the Kung Flu far and wide and are unquestionably responsible for the economic and political devastation caused since then.

Government reactions to the pandemic around the world range from very rare instances of mild competence (such as Sweden – which surprises me no end given the nature of the Scandicucks), to moderately stupid but not too horrible (like Russia), to full-blown retardation, like Britain, most of the blue states in the USA, and pretty much ALL of western Europe.

The never-to-be-sufficiently-cursed whorenalists and presstitutes of the mainstream (((media))) showed us very clearly this year that we cannot possibly start fast enough in processing them through military tribunals and summary judgments for TREASON. They purposefully did everything possible to hype the pandemic, suppress information about viable treatments like the TrumpCure+++, and panic people into staying at home and cowering in fear. Meanwhile, they happily flouted their own rules whenever it suited them – like when Fredo Cuomo got caught out in public, spreading the Coof, after all of his hectoring and lecturing.

Those same elites who endlessly bullied and fined and jailed us for refusing to obey their idiotic dictates, certainly had, and have, no problems whatsoever with living their own lives as they please. Without masks, or closures, or shutdowns, or any of the inconveniences that they so happily impose upon others. It’s almost as if they know that the disease isn’t even half as dangerous as we think it is.

Hundreds of thousands of people died, unnecessarily, because of this combination of stupidity, corruption, incompetence, and treason. Tens of millions have caught a virus and been terrified out of their minds by something that actually has a 99% survival rate for people under the age of 70. HUNDREDS of millions of people around the world have seen jobs, businesses, and lives destroyed as a result.

And all of that is before we get to the Fake Election of 2020. His Most Illustrious, Noble, August, Benevolent, and Legendary Celestial Majesty, the God-Emperor of Mankind, Donaldus Triumphus Magnus Astra, the First of His Name, the Lion of Midnight, the Chaddest of Chads, may the Lord bless him and preserve him, won that election outright. The Daemoncrats are busy trying to steal it from him – and for a while there it looked like they were really succeeding.

So we all have a lot of causes for unhappiness and dissatisfaction – no doubt.

Yet… I am willing to take a wager with you, my friend. I will gladly engage in a sportsman’s bet that you and I will look back at 2020 a year from now with gratitude. And here’s why.

This was the year which saw the exposure and destruction of a large number of lies. Not least among these lies is the notion that the Deamoncrats have any interest whatsoever in actual governance. Another great lie, now exposed, is the notion that the globalists are benign and noble people who want to do the right thing for the people that they govern. Furthermore, the (((media))) has been thoroughly exposed as a corrupt and treacherous institution that peddles lies with gleeful abandon.

And that is before we come to the rapid unraveling of the Islamic world this year. For 2020 is also the year in which the “standard narrative” about Islam’s origins, the supposed “preservation” of the Koran, and the nature of their “prophet” Muhammad, was truly exposed for the entirely world to see.

As that infamous June 8th interview with Dr. Yasir Qadhi showed us all, that “standard narrative” has holes in it. Indeed, thanks to a gem of a YouTube comment, I’ve simply taken to calling Islam “a giant hole with lots of narratives in it”, because that is what it is.

If you want a quick visual summary of that whole controversy, check this out:

The whole controversy goes far beyond that tiny little summary of it. If you want to get an idea of what is going on, head over to the Pfander Films channel on YouTube and watch the ever-growing series of videos that Dr. Jay Smith has up there.

In simple terms, the Great Heresy of Islam has been thoroughly revealed and discredited. This is not news to those of us who have done some reading into the subject. Islam’s origins have always been murky and questionable at best. But only in 2020 did it become readily apparent to the entire world just how shaky they actually are.

In the space of this one year, the book and the man behind Islam have been completely discredited. All of their claims have been blown apart. Thousands of Muslims are leaving Islam every day and turning to atheism (not so good) or Christianity (excellent).

My friends, this year has been one long and frankly miserable series of tests for all of us. Every one of us has horror stories to tell from it. But in the end, we all have plenty of reasons to be grateful.

Remember that you are here for a reason. These trials and tests were designed by evil people and even more evil spirits, certainly. But those tests, however terrible and miserable, serve a purpose in a greater plan. That fact alone should make you happy to be alive – for you are, in your own way, a warrior tasked with a sacred mission.

This Thanksgiving, be grateful for your tests, and for the fact that you are still here to talk about them. Over a hundred thousand people around the world cannot say the same because of the Coof – and that’s if you believe the official statistics, which I don’t.

The very fact of your existence drives the forces arrayed against us berserk with rage and fear. And that, my friend, is good news indeed.