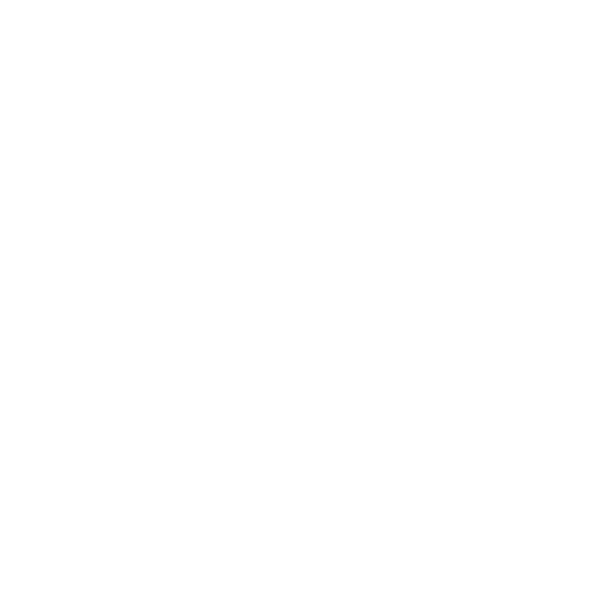 I’m a big fan of the notion that overkill is underrated – an idea that I got from The A-Team, a rather underrated movie in its own right. (Snarky comments about Didact’s appalling taste in movies in the comments, please.) But I generally like my extreme judicial violence to have a point to it.

What, exactly, is the point of impeaching His Most Illustrious, Noble, August, Benevolent, and Legendary Celestial Majesty, the God-Emperor of Mankind, Donaldus Triumphus Magnus Astra, the First of His Name, the Lion of Midnight, the Chaddest of Chads, may the Lord bless him and preserve him, twice?

Because that is exactly what the Daemoncrats under the Wicked Witch of the West did, to absolutely no apparent effect whatsoever:

Arguing he incited an “armed rebellion” against the US, the Democrat-dominated House has voted to impeach President Donald Trump again. But with his term expiring in a week, it is unclear when the trial will proceed.

After several hours of debate on Wednesday, the House of Representatives voted to formally impeach the president over the January 6 unrest at the US Capitol, when a group of Trump supporters broke into the building and interrupted the joint session of Congress meeting to certify Democrat Joe Biden as the winner of the 2020 US presidential election.

It wasn’t immediately clear whether the Senate will reconvene on an emergency schedule to conduct the trial, however. Reports in mainstream US media were conflicted, with some outlets citing anonymous sources to claim that Senate Majority Leader Mitch McConnell (R-Kentucky) was eager to do so and help the Democrats get rid of Trump. However, McConnell’s spokesman said on Wednesday he would “not consent” to doing so before January 19, putting the trial into Biden’s term as president.

House Majority Whip James Clyburn (D-South Carolina) told CNN on Sunday that the Democrats might even give Biden a hundred days “to get his agenda off and running” before they send the articles to the Senate.

The delays and calculations are at odds with rhetoric coming from House Speaker Nancy Pelosi (D-California) and her impeachment managers, who called Trump a danger to the country and urged his immediate removal.

Democrats have even argued that Trump and anyone supporting him ought to be barred from holding any office under the 14th Amendment, passed after the Civil War to punish leaders of the Confederacy.

The whole story is so replete with stupidity and rich irony that it’s genuinely difficult to know where to begin.

So let’s start with the really obvious.

The point of all of this is supposedly to demonstrate to the world that the Daemoncrats are large and in charge. In fact, it shows beyond any question that they are UTTERLY TERRIFIED.

I think Kim du Toit put it best in a recent post:

To be serious for a moment:  from all accounts, there were about 200,000 pissed-off Trump supporters in D.C. last Wednesday, of which about 0.001% decided to “invade” the Capitol and disrupt the oh-so august proceedings of certifying the results of a fraudulent election.  Imagine if that percentage had been, say, 13% — the percentage of Americans who actually fought in the Revolution under George Washington — and if those 26,000 people had been fully armed and quite intent on overthrowing the government?

Precisely. The Daemoncrats are shitting their short trousers right now, and with very good reason. They are overreacting wildly, as fear-prone people always do under extreme stress.

The fact that they are attempting to use the 14th Amendment, which the RT article correctly points out was rammed through Congress by the Republicans to punish the Southern Democrat states in the aftermath of the hugely destructive War Between the States, is the rich irony here. But then, a respect for history and a sense of temperance are not generally traits observed among Daemoncrats these days.

The saner Daemoncrats in the House – “sane” being a relative term here, if they were actually sane they wouldn’t be Daemoncrats – understand that the optics of this are unbelievably stupid. But, being Daemoncrats, they can’t speak their opinion for fear of the mob. And they are now caught between the unstoppable force of identity politics and the immovable object of the God-Emperor’s huge base.

The God-Emperor’s legions aren’t going anywhere. They – we – love him and support him. They voted for him because he finally stood up for them. And he has not stopped fighting, weird though some of his tactics appear to be.

None of this means that we overlook his issues. The President is a hugely flawed man who failed to deliver on a significant number of promises that he made. His first instinct is always to negotiate, not fight, and he has folded and buckled FAR too many times at consequential moments when he should have gone straight for the jugular and destroyed his opponents.

He pays way too much attention to the very stupid ideas of his liberal daughter and son-in-law, who if reports are to be believed are giant divas. He should have built the Great Border Wall with Mexico in his first term and banned ALL immigration to the USA, thereby killing off in a single stroke one of the Daemoncrats’ biggest sources of power and money. Following that, he should have returned every single American soldier stationed overseas in NATO countries to American soil and redeployed them to the Capitol and the Southern border. That is the actual point of the US military – to defend the country from enemies and traitors, foreign AND domestic.

And his pandering to Blacks, Hispanics, and women actually cost him the votes of the single most important bloc in his coalition – the White working-class men who voted for him in 2016. (Admittedly that is based on the voting patterns of a completely fraudulent election, so who knows what the true story is.)

And yet… the God-Emperor was, and remains, the single most effective and consequential President since St. Reagan Magnus of the Right, and possibly since Andrew Jackson. His list of accomplishments is staggering. And his refusal to start up new wars – despite endless sabre-rattling with Iran – stands out in stark contrast with every single one of his predecessors since Herbert Hoover.

The Fog of War

All of which leads us to the third important point here:

No one has the first clue what is really going on.

I don’t. You don’t. Even our beloved and dreaded Supreme Dark Lord (PBUH) Voxemort the Malevolent, doesn’t. We are all like the blind men groping the proverbial elephant. (Poor beastie!) Someone knows what the elephant actually looks like, but He is rather beyond our ability to comprehend His works. And He doesn’t seem to be in much of a mood to share with us any insights that He might have.

So the best thing to do right now is to maintain hope and faith.

Be angry, by all means. Your vote was stolen from you by Daemoncrats obsessed with regaining power and lording that power over you. They tried to steal the entire election and, by all appearances, they succeeded. Unless something really radical happens within just 6 days, on Wednesday January 20th, Sleepy Creepy Corrupt Slow Joe and the San Francisc-Ho will be sworn in to office by Cuck Justice John Roberts.

If that doesn’t make you angry, I don’t know what will.

But let that anger be righteous, not dark. And do not lose hope. Yes, things look black and bleak right now. Maybe there is no plan at all – maybe there never was, and maybe QAnon was always just a giant LARP. Perhaps the God-Emperor isn’t the man that we all thought he was – he has refused, so far, to cross the Potomac. (Commenter TechieDude asked a very germane question about that: “with what?”. He’s right. Trump doesn’t appear to have effective control over the military right now.)

But appearances are deceiving. Again, remember, NONE OF US KNOWS what is really happening right now. It’s all a giant mystery and the uncertainty gnaws at each and every one of us.

All I can tell you for certain is that the God-Emperor understands perfectly well that the day he leaves office, his life is OVER.

Big Tech has shut him down. Deutsche Bank has shown its true colours after dumping his accounts. No bank in the USA will permit him to open an account with them now. His family all have targets on their backs. He has been impeached by the House for an unprecedented second time, for ABSOLUTELY NO GOOD REASON.

And yet… if you watch the God-Emperor up there on stage at rallies, or in press conferences, he doesn’t strike me as the kind of desperate, sulking, stroppy, pathetic figure that the never-to-be-sufficiently-cursed whorenalists and presstitutes paint him to be. (This, incidentally, is yet another one of the long list of reasons why I think that most mainstream Western journalists need free one-way helicopter rides. Or a date with Madame Guillotine. Or at the very least expedited military tribunals for treason with IMMEDIATE delivery of sentencing.)

Does he know something that the rest of us don’t?

I have no idea. All I can tell you is that I have lived through the downfall of a government before. And when President Suharto stepped down after losing the support of the Indonesian army, led by General Wiranto, back in 1998, he looked like a broken and beaten man.

Trump doesn’t look like that. He looks tired and worn, for sure – but when you’ve been fighting an entire system that hates you for six years, and they’ve taken everything from you, it’s impossible not to feel the weight of that pressure. He’s only human, after all.

And so are we. All of us are prone to despair and black-pilled rage. But that doesn’t mean that we should give in to it.

As I’ve said for a long time, President Trump is a very powerful sorting mechanism. Those who support him, and stand by him, even when he does and says REALLY stupid things, are part of his legions. Those who run away at the first sign of conflict or trouble, or who abandon him when he fails to do exactly what they want, are at the very least offering succour to his enemies. They don’t seem to realise that his enemies are THEIR enemies and that those enemies will come for them sooner or later.

(How long do you think it will take for Big Tech to go after Ann Coulter, for example? Or the banks? They’ve been after her for years – now they have every excuse possible to take her down.)

So don’t give up, don’t lose faith, and don’t be overly worried about the future. The Daemoncrats want to look like they are in charge. Instead, they are acting like a fear-crazed mob that seeks to burn down anything and everything that they can.

Resist them in every way possible. Reduce your tax burden to the lowest point, pull your money out of the system, start stocking up on cryptocurrency.

As for Big Tech… well, they present a much bigger, and much more difficult, problem. I’ll address them in another post.

For now, rest assured that violence and revolution ARE coming. It’s inevitable at this point. You probably will end up playing some part in it. Be ready for that time, because: