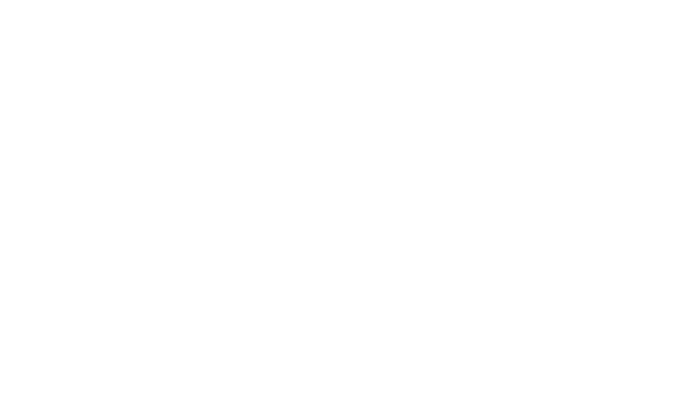 Gentlemen, let us not mince words. The Republicucks are caving in and giving up the fight to prevent the 2020 election from being stolen by the Left. We should not have expected anything different from them. That is what the Republican Party does, as a general rule. This is the major failing of conservatism everywhere and at all times. It has singularly failed to conserve much of anything. If anyone other than His Most Illustrious, Noble, August, Benevolent, and Legendary Celestial Majesty, the God-Emperor of Mankind, Donaldus Triumphus Magnus Astra, the First of His Name, the Lion of Midnight, the Chaddest of Chads, may the Lord bless him and preserve him, were President right now, the Republicuck Party absolutely would have given up by now and meekly accepted the results of a blatantly stolen election.

But that hasn’t happened. Why? Because the God-Emperor understands something that the Republicucks don’t:

When you are fighting for your very survival, HOLD YOUR GROUND.

Let us be honest, brothers. Every single one of us has felt the severe impact of the demoralisation campaign being waged by the Satanists and globalists. Some of us have handled these efforts better than others. I will readily admit that there have been times in the last few weeks where I have felt demoralised and down. That is despite my resolute refusal to listen to the never-to-be-sufficiently-cursed whorenalists and presstitutes of the mainstream (((media))). (The sheer volume of their lies is so great that I no longer hedge or prevaricate when I say that these people should be tried by military tribunals and SHOT for treason.) And that is in spite of my repeated efforts to keep everyone’s spirits up, including my own.

The depth of their deception is frankly incredible. The God-Emperor was clearly heading toward a runaway victory on the night of November 3rd. Then he lost by literally statistically impossible amounts in multiple counties and states across the country.

I won’t get into the ways in which this fraud happened. Our beloved and dreaded Supreme Dark Lord (PBUH) Vox Day has already done a superb job of documenting all of it. And indeed, His Voxness has been instrumental in keeping our morale up and helping us to stay strong. He, and a few others, have done their level best to keep churning out good news and good cheer.

That cannot have been easy. The “news”, such as it was, seemed pretty bleak for the last couple of weeks. But, as appears to be the norm with such things, we’ve had long stretches of time where nothing much happens, and then things get really busy in a very big hurry.

Resisting the venom spewed by the brood of vipers that is the lying media is hard. Better men than I have done a superb job of just that. Here’s a good breakdown of such sentiments from men that I respect and admire greatly:

If you are determined to be of good service then this means that you can no longer say, write, disseminate or participate in anything that willingly distorts the truth. You cannot subscribe to or purchase any publication that propagates the Enemy’s lies. Even the act of disseminating a lie for the purpose of ridiculing it simply plays into our enemies’ hands. A real virus does not care how it is spread; its longevity entirely depends upon its propagation in any form.

What is at stake is only something relatively minor, being the salvation of your soul. This is the reality of true independence, of spiritual independence. But this independence is rooted to the actions of our fellow man. We are all in this together. Let your steadfast refusal to be spiritually corrupted be an example to others.

Let not your hearts be troubled by the Media pretending that they have the authority to rule on elections results, declare winners,  or declare someone to be a President Elect. They have just as much authority to do so, as to anoint the next Holy Roman Emperor of the Moon.

Newsmen are in the business to suppress, not report, the news. For example, many outlets are reporting that vote counts have been “certified” without explaining that such certifications can be overturned by Court order, or by other authorities, and that some so-called certifications are merely the recommendation by county officials or executives to the Legislative body that performs the actual certification.

And yet, when you speak to the Muggles, it is as if they live in a world without magic. Woman are men, Men wed men, Americans are racist, the Climate is doomed, and God is dead, in their world. Ignorance is strength and freedom is slavery.

That is all ending.

When those to whom the Muggles have surrendered their consciences, the anonymous voices they believe rather than believing their own eyes, are the ones I call Morlocks. These Morlocks are, in effect, evil shepherds of the Muggles, and fatten them with brain-zombie blather, and, at election time, feed on them.

But the Morlocks are in disarray. Trumpism has undercut their “narrative” and made inroads on their various rackets. The gravy train is coming off the rails. Endless and pointless wars are ending. The jihad is underfunded. The various vampire nations around the world, such as the real land and China or the make believe land the Palestinians own, which cannot survive without their victims funding and aiding them, are finding funds and aid cut off. The flights to Pedophile Island are interrupted. NATO has to pay its bills. And so on.

And so they have attempted a last, desperate ploy: merely declare their senile puppet Cashbox Joe to have won the election, and pretend that anyone who questions this is insane. Blot out all information in social media or legacy news which says otherwise. Bribe judges. Threaten the families of canvassers. Riot more. Burn more. Lockdown more and more and more.

As for open violence, there are signs that the agitators may no longer take orders from the elites. It is hard to maintain and alliance of anarchist totalitarians and socialist plutocrats.

And even if the Dems turn to open violence, they can only burn cities in Democrat jurisdictions. Republicans call out the National Guard.

That hand has been played out. The bluff has been called.

Throughout the last few weeks, two interesting features have emerged in the way that the God-Emperor has reacted to all of this.

The first of these is, in fact, the strange LACK of any reaction. This is most unusual. Donald Trump has been rather quiet, overall. Many of us on the Right have been quite annoyed with him because he hasn’t ordered any mass arrests or declared martial law. We simply see him sending out a lot of crazy-sounding tweets. But otherwise, he has been unusually quiet.

That only makes sense when you look at the other feature:

I admit that he appeared tired and withdrawn – by his ebullient and energetic standards – in his recent interview on CNBC. I am not overly surprised by this. Fighting evil is exhausting for mere men – and for all that he is the God-Emperor, he is still merely a mortal man. Despite the frankly insane claims made by most of his enemies, he is also a fundamentally and profoundly good man – though he has huge flaws, made far worse by his monumental ego and personal vanity. He is at his core a negotiator and not a warrior, as I have pointed out many times.

Yet he is still fighting the good fight and carrying on with the business of government as if he expects to win, and win well. Evidently his warrior spirit is greater than I – and most anyone else – expected.

I can find only two possible explanations for this behaviour.

Either Donald Trump is deluded, in denial, and quite possibly mad. In that case, the numbers simply do not support him, there is no hope whatsoever for him to overturn the election, and all of his efforts for the past four years were for naught. Perhaps he doesn’t want to face this terrible possibility and is flatly incapable of confronting reality. Then, for the sake of peace, prosperity, and stability, he needs to be removed from office, by force if necessary, in order to stop him from wrecking the peaceful transition of power to a man who won fair and square.

(Yes, I am perfectly well aware of how ridiculous that comes across when you read it. Be assured that it was EXTREMELY difficult for me to write all of that with a straight face.)

Or… the God-Emperor of Mankind is still the happy warrior, fighting for his family, his loyal followers, his people, his nation, and his legacy, and he knows something that the rest of us don’t. We’re getting hints of it – and rather more than hints, now – as the public hearings in PA and AZ come to light. But President Trump has a clear strategy in his mind, and in the minds of his advisers, to achieve outright victory. He is fighting a battle with (almost) nothing to lose, and is going to keep swinging until the Supreme Court says “no mas“. (Well, one of those Justices might, but she’s an affirmative action hire.)

Now, here is a simple question for you:

Which one sounds more like the Donald Trump that we all know and love?

We could be wrong. Donald Trump may well lose and be forced to leave office on January 20 2020. That is very much a possibility and we should be prepared for it.

But the signs and signals that I’m seeing indicate that this is not going to happen.

The Republicucks in Pennsylvania, Georgia, and Arizona appear to be finding their spines and their balls – and that is a direct effect of the God-Emperor’s fighting spirit. And this is very good news indeed for the rest of us.

You see, once the true level of mendacity and evil from the globalist Left is exposed – as it is being exposed right now – THEY will be the ones fleeing the conflict and running away. That is what happens when the unstoppable forces of evil finally meet an immovable object that simply will not bend or break.

The lesson for the rest of us is very simple, clear, and straightforward:

Do not give up and do not give in when you are under pressure from your enemies. Fight on for as long as you possibly can.

This is very hard advice to put into practice. Every man has his breaking point. Look at what happened to Gen. Michael Flynn. He served his country with honour and distinction, but he was attacked for violating an obscure and completely un-Constitutional act that pretty much nobody had ever been prosecuted for violating, up until he was.

He gave up the fight after the Daemoncrats and the Deep State came after his family and threatened his son. That was why he submitted his original guilty plea – because he had lost all resources to continue fighting.

But even then, Gen. Flynn’s story was not over. He was able to come back thanks to the graces of the God-Emperor. And now he appears to be in the mood for righteous vengeance.

The lesson to learn here is that the tables can turn in an instant, provided that you refuse to give up. And when that happens… your enemies will be the ones running, and you will be the one hunting them down.