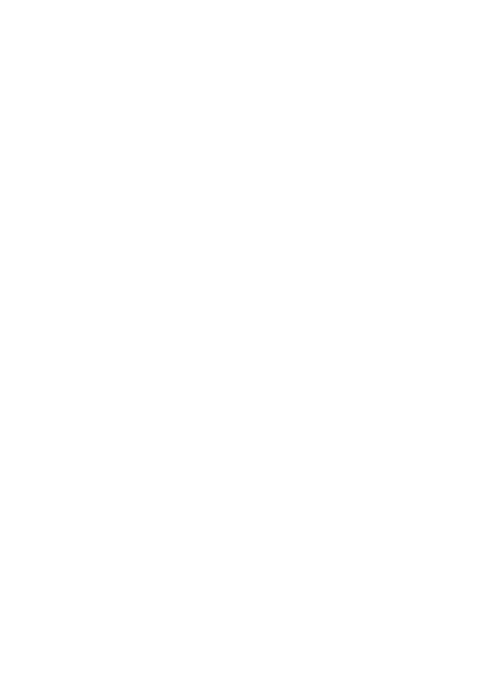 I woke up this morning to the headlines blaring across EVERY media outlet that the most important member of the SCOTUS’s liberal bloc, a certain Ruth Bader Ginsburg, is dead:

Supreme Court Justice Ruth Bader Ginsburg passed away Friday evening at the age of 87. The cause was “complications of metastatic pancreatic cancer,” according to a statement released by the Supreme Court.

Ginsburg was one of the Court’s stalwart liberals, and became known — and admired — as much for her physical tenacity as her ideological consistency.

Ginsburg was born in Brooklyn and attended Cornell University. She was the only woman in her first-year class at Harvard Law School, according to a former classmate, before transferring to Columbia. “She was a nice person,” the former classmate told Breitbart News. Ginsburg’s potential was evident immediately. Her former classmate recalled telling colleagues, upon the retirement of Justice Byron White in 1993: “If [President Bill] Clinton has any brains he’ll nominate Ruth Ginsburg.”

As a judge on the D.C. Circuit, Ginsburg had established a solidly liberal record. But as constitutional scholar Ilya Shapiro of the Cato Institute notes in his forthcoming book Supreme Disorder: Judicial Nominations and the Politics of America’s Highest Court, Ginsburg perfected the relatively new art of concealing her judicial views during the confirmation process — a reaction to the way that conservative Judge Robert Bork was grilled by then-Sen. Joe Biden (D-DE) and others in 1987.

Once on the Court, Ginsburg was a reliable liberal vote, though also well-liked by her conservative colleagues. She and the late conservative Justice Antonin Scalia enjoyed a famous friendship before his passing — also during an election year, in 2016. She was less well known for her judicial opinions (often in the dissenting minority) than for her outside utterances on constitutional law, jurisprudence, and occasionally politics — which often raised eyebrows and stirred controversy.

This day was always going to come. As far as I am aware, pancreatic cancer is a death sentence. Apparently the overall 5-year survival rate for this particular type of cancer is – wait for it – 9 percent. (If detected early, that goes up to, oh, about 37%. So you have a 2-in-5 chance of surviving 5 years after you get it. Comforting, eh?)

A lot of people on the Right are celebrating her death because of what she did and said on the bench during her time as an Associate Justice. This is going to lead to an awful lot of screeching and finger-wagging from the never-to-be-sufficiently-cursed whorenalists of the lying (((media))) about how it is wrong to speak ill of the dead, and so on and so forth. It would be nice if such people were ideologically consistent, of course, but consistency is not a strong point of the Left.

After all, when Justice Scalia, who truly was a legendary scholar and jurist, died back in 2016, the Left exploded into celebration at the time with some genuinely nasty invective directed toward the titan’s jurisprudence, reputation, personal life, and legacy.

There are certainly plenty of people on the Right celebrating right now, for much the same reason. The political culture in the USA has become so poisoned and so nasty that there is no middle ground anymore. It is simply not possible for us on the Right to look at RBG’s legacy and see anything other than a judicial wrecking-ball with no respect for precedent, no respect for the vision of the Founders, and no desire to uphold the Constitution as it was written.

If there is one lesson to be drawn from RBG’s death, it is the fact that putting women in positions of power is ALWAYS hugely risky and almost always goes horribly wrong.

Consider the fact that this is what Ruth Bader Ginsburg looked like back in the 1950s:

That was one beautiful lady.

And look at what she turned into. It is genuinely sad to see how such a stunning woman could become one of the most destructive forces ever unleashed against the Constitution.

Here’s the thing, though: RBG’s death, in and of itself, is sad but inconsequential. What matters is what will happen now that she’s gone.

The fact that Associate Justice Ginsburg is dead now, with 45 days to go before a hugely consequential election – that’s just over 6.5 weeks – means that things are going to go thermonuclear. The Left has just found its hill to die upon. They will do absolutely EVERYTHING in their considerable power to ensure that it will be impossible for the Right to nominate any SCOTUS pick before Election Day and almost certainly before Inauguration Day.

The Republicans have already opened themselves up to massive, and perfectly justified, charges of hypocrisy. In 2016, when Justice Scalia died, President Lightworker Odumbass tried to ram through the nomination of Merrick Garland, but Sen. Mitch McConnell blocked it on the grounds that the new President deserved to have the right to nominate his own Justices. And that argument made sense at the time. But now, with another vacancy open, and a chance to FINALLY secure a true conservative majority on the SCOTUS in sight, that precedent has been thrown straight out the window.

McConnell’s justification for putting a vote onto the floor of the US Senate in light of RBG’s death is interesting:

“Since the 1880s, no Senate has confirmed an opposite-party president’s Supreme Court nominee in a presidential election year,” McConnell wrote.

Referring to his refusal to sit former President Barack Obama’s nominee to replace Justice Antonin Scalia in 2016, McConnell noted that the Republican Senate was elected to the majority to check Obama’s power at the end of his second term.

“We kept our promise,” McConnell said. “By contrast, Americans reelected our majority in 2016 and expanded it in 2018 because we pledged to work with President Trump and support his agenda, particularly his outstanding appointments to the federal judiciary. Once again, we will keep our promise.”

Is this justified? No.

Is this decent? No.

Is this righteous? HELL no!

Is this necessary to save the USA? Actually… no.

That last one might take some explanation. Let’s be clear. There is NO saving the USA anymore. It cannot be saved. The empire that occupies the geographical footprint of what used to be the American nation is dying, and what you are seeing right now is the death-throes of a convulsing, thrashing, soon-to-be-corpse that is violently breaking apart.

The SCOTUS is the last best hope that conservatives have for conserving anything, but as Associate Justice Gorsuch and especially Chief Justice Roberts have shown us repeatedly, having a so-called “conservative” on the Court doesn’t mean a damned thing. It is far too easy for a squishy centrist like Chief Justice Roberts to go to the Left, and there is always a risk that a hardcore textualist like Justice Gorsuch will come to the wrong conclusions based on strict precedent and intent.

Say it with me, one more time, lads: conservatives can’t CONSERVE a single damned thing. They couldn’t conserve much before, and they really can’t conserve anything now.

Thing is, though, that Sen. McConnell is right about acting as a balance against the power of the Daemoncratic Left. And, assuming that the God-Emperor can appoint a real conservative – not a woman, God help us all if that happens – then we might just get a fast-tracked SCOTUS nomination.

The problem is that this will become the absolute worst nomination hearing in history. The noise and fury will drown out even the madness of the current election for the next few weeks. It will become the most extreme polarising issue of the entire campaign.

And the Left will not stop at intimidation tactics, not this time. They will resort to outright violence and destruction, and quite possibly attempt to murder President Trump’s potential nominees.

I have no ability to predict what will happen in the coming days and weeks, beyond stating two things unequivocally:

First, the Left will go to war over this issue. They understand that the Supreme Court, and the courts in general, are their only major roadblocks to achieving total control over the country and the culture. They know this and have used court-packing and liberal judicial nominees to ram through their own agendas whenever they have been in power. The loss of RBG promises to permit the Right to achieve a 6-3 nominal majority that may FINALLY result in the overturning of the abominable Roe v Wade decision – though, as long as Chief Justice Roberts is around, i wouldn’t hold my breath on that one.

And, second, don’t bet against His Most Illustrious, Noble, August, Benevolent, and Legendary Celestial Majesty, the God-Emperor of Mankind, Donaldus Triumphus Magnus Astra, the First of His Name, the Lion of Midnight, may the Lord bless him and preserve him. That man, as flawed and Fallen and broken as he is, has proven to be an unbelievably effective agent of the Lord’s truth and power. I’ve never seen someone accomplish the kinds of things that he has, and I’ve never been more surprised by a politician before. That man is far from perfect – but he has done so much to restore American greatness, regardless of the ultimate futility of his task, that his legend has already been written even if he becomes a strictly one-term President. (Which I don’t think he will.)

Be ready. The war has already started. Prepare. Train. Form militias with your neighbours. Get tactical. Get ready. The war is coming for you. The time for hoping that it will simply pass you by, is gone.

The thermonuclear option has now been triggered. Do everything you can to avoid being scorched by the blast.