While I was in Turkey last week, I was reliably informed that Supreme Court Justice Anthony Kennedy will shortly be retiring, and this now gives the God-Emperor of Mankind, Donaldus Triumphus MAGAnus, a chance to lock in a really strong conservative SCOTUS nominee that will finally swing the Court decisively to the right, for decades to come.

The Left responded to this latest announcement with their typical restraint and good grace:

Are you tired of winning yet? Supreme Court Justice Anthony Kennedy announced his resignation last night, and with that, a reliably conservative judge will take his place. Instead of the recent 5-4 rulings we’ve seen thanks to Neil Gorsuch, we could be seeing a court leaning to the Right, 6-3.

On the other side of the fence were those who must be tired of losing by now. In response to the news, which came after a number of Trump administration officials were harassed and threatened by mobs this past week, liberals were quick to call for even more harassment and violence[…]

Ahead of the midterms, the left has been turning up the dials on their hysterical rhetoric, and nonchalantly calling for strife, harassment, and sometimes open violence.

A reader mentioned this news to me and pointed out a simple fact that you and I and everyone with a functioning brain – which is to say, not a Democrat or liberaltard (Lord, forgive me my redundancies) – will understand:

If the Left wants to start up Civil War Round 2, that’s fine. The Right has almost all of the guns and a huge supply of ammo.

Also, as I’m sure my Southern readers will agree – the Yankees keep forgetting that, as far as the South is concerned, the Civil War never really ended, it was just postponed for a bit while the Southern states take a breather. But they’ll be back, and the Damn Yankees will not enjoy it when the next round begins.

(Oh, and in case you are wondering – as I was – what the difference is between a Yankee and a Damn Yankee: a Yankee eventually leaves the South and goes back up north.)

Just before that announcement came through, we heard from the Administratum Imperium that the God-Emperor’s supposed “travel ban” against foul and terrible xenos life-forms seeking to settle in and corrupt the Imperium itself, had been upheld by the SCOTUS:

The Supreme Court on Tuesday upheld President Trump’s controversial travel ban affecting several mostly Muslim countries, offering a limited endorsement of the president’s executive authority on immigration in one of the hardest-fought battles of this term.

The 5-4 ruling marks the first major high court decision on a Trump administration policy. It upholds the selective travel restrictions, which critics called a discriminatory “Muslim ban” but the administration argued was needed for security reasons.

[H]e shall take Care that the Laws be faithfully executed, and shall Commission all the Officers of the United States.

The law of the United States of America plainly says that countries whose citizens pose a direct threat to the interests of the USA are to be considered enemies. Congress passed such a law in 1952, called the Immigration and Nationality Act, with the following text:

“[The President of the United States of America] may by proclamation and for such period as he shall deem necessary,
suspend the entry of all aliens and any class of aliens as immigrants or
non-immigrants…”

So the President has every right, under the law, which the Constitution and his Oath of Office specifically require him to uphold, to tell little brown brothers (like, say, me) to eff off even if they really really really want to get into the USA.

Speaking as one of those little brown brothers, and possessing a rather unusual degree of respect for both American law and culture – unlike most of my compatriots and fellows, actually – I am utterly confounded by the fact that both American liberals and foreigners take exception to the radical notion that the American people have the right to protect their own borders.

I mean, how’s this for an idea – since America seems to love Mexicans so much, why not just have America’s laws concerning immigration and border security match Mexico’s? Surely that would untangle all of the silly liberal panty-wads?

The Americans elected a man to office who promised them that he would secure those borders. They were told that they were horrible, terrible, no-good, very bad, evil, nasty, disgusting, vile, hateful, racist, intolerant [additional 2,135 commonly used liberal pejoratives deleted for sake of brevity] for wanting to enforce their own laws.

And now they have been vindicated.

I dunno about you, but that sounds a lot like WINNING to me.

As if all of this winning were not enough, it would appear that The Donald has also inspired his supporters to truly dizzying heights of accomplishment in The Art of the Troll.

As Supreme Dark Lord Vox Day (PBUH) pointed out recently, a certain Pax Dickinson trolled a reporter from washed-up Baby Boomer pop-culture rag Rolling Stone so hard recently that I am amazed the young lady in question did not immediately turn to stone:

First, I ordered her to purchase a bright red Make America Great Again hat at Trump Tower before her trip. I explained that the fashionable hat would cost $35 due to its quality American-made construction, but assured her that her paymasters at Rolling Stone magazine would certainly reimburse her. I explained that I needed her to have the hat for identification purposes later. I also sent her an address to a closed restaurant 3 hours drive from New York and told her to go to that location and await further instructions.

On the appointed date, she eventually arrived, later than the expected time as is the wont of her gender and profession, but arrived nonetheless. I directed her to the next rendezvous point, a small restaurant with outdoor seating 30 minutes drive further west. I told her that upon arrival at this location, she should sit outside and send me a ‘selfie’ with the red MAGA hat on, in order to confirm her arrival and help me identify her.

As I have said many times before, this is how you beat the Left – by humiliating them and laughing in their faces.

All right, Serious Face here for a moment: 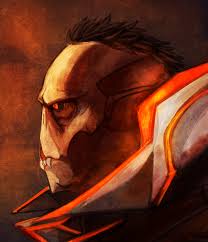 Let us be very clear about something. Donald Trump is not America’s saviour. I have been saying this ever since before he was elected as President.

He is pretty much the very last chance that the civic nationalists have of realising their dream of a harmonious, united America where people of different races, skin colours, ethnicities, and cultural backgrounds can live together in peace.

The fact that this dream has never actually worked out in reality is largely beyond the capacity of a civic nationalist to understand. They are notorious for not figuring out the problems with the Grand Unified Theory of Magic Dirt.

Nonetheless, it is a compelling vision. The notion that anyone can be American, as long as one is of good character and really truly absolutely wants to be American and loves the Constitution and the Declaration of Independence and the ideals of the Founding, is a very pleasant illusion in which to indulge.

Your vision will not work in reality.

The main reason why America used to work so well, the reason why it became the world’s greatest country and stayed that way for so long, was because its racial, ethnic, and cultural mix was predominantly made up of Christians of European descent, up until about 50 years ago.

And because America insisted on taking the best that Europe had to offer and left behind its worst impulses, she became the greatest example and defender of Western civilisation in history.

That dream is now gone. America has experienced the single largest mass invasion ever recorded – over 130 million people over the course of about 50 years, if you include the descendants of all of the people who emigrated to America after the 1965 Hart-Celler Act. The vast majority of those invaders possess no real allegiance to the American Constitution, no particular love of the ideals that built the country, and no small hostility to the white majority that made America so successful in the first place.

Again, there are exceptions to these statements. Quite a few of them read this blog. The author of this blog is one of those exceptions.

But the exceptions do not change the rule, which says quite simply that if you import more of X, you eventually end up with X.

In addition to this, it must be remembered that the roaring economy of the present day is a product of massive debt-based inflation and extremely dangerous loose monetary policy. This can only have one possible ending, and it is terrifying to think of the consequences of the next serious debt-fueled crash. The last one was bad enough; the next one will be much, much worse.

Nonetheless, President Trump has gone farther than any of his so-called “conservative” predecessors in actually conserving the United States and all that it stands for. Even the legendary Ronald Reagan was not this effective at simultaneously destroying the Left at home – though he was far, far better at destroying it abroad – and inspiring the Happy Warriors of the Right to fight the good fight.

If the God-Emperor can keep up this rate of winning for just a little bit longer, it is fair to say that he will go down in history as the greatest President since Reagan – and maybe, just maybe, he will prove to be greater still.

← The Left is eating itself Digital Graphics →